THE RIDDLE OF JAAN NIEMAND

Somewhere in Estonia at the beginning of the 18th century. After ten years of war, plague and famine, the land is swept clean of people. The few remaining souls are scattered about, living in misery and lacking hope. An anxious silence hangs over the land.
On one particularly starry night, two peasants find a stranger on the seashore. He’s disheveled and comatose. They take him to the local manor lord and slowly bring him back to consciousness. When he opens his eyes, he realizes that he can’t remember who he is or how he got there. He’s just as much a stranger to himself as to the people around him. By force of circumstance, he must stay at the manor and live as one of them.
His preliminary state of lethargy slowly gives way to recovery. He must come to terms with the question: Who am I? He finds himself in a bizarre world, one full of meager uncertainty and growing disorder. There are sparse hints at his past… but what do you do when there is more than one correct answer to a question? What do you do when the answers aren’t good enough? He embarks upon a journey of self-discovery with the most unlikely of landscapes as the backdrop. 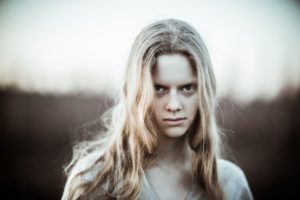 Inspired and curated by the Sydney Film Festival, a selection of this year’s EUROPE! VOICES OF WOMEN IN FILM programme will be presented as part of the New Zealand International Film Festival At Home - Online in the "Widescreen" and "Spotlight" sidebars from 24 July to 2 August.
More…

EFP's networking programme PRODUCERS ON THE MOVE will take place as originally planned from 11 to 15 May, 2020, and independently of the Cannes Film Festival which has been postponed due to the coronavirus pandemic. 20 selected up-and-coming European producers will meet online this year and present their projects in speed meetings and roundtable sessions. A case study as well as talks with experts will round out the digital programme running over five days.