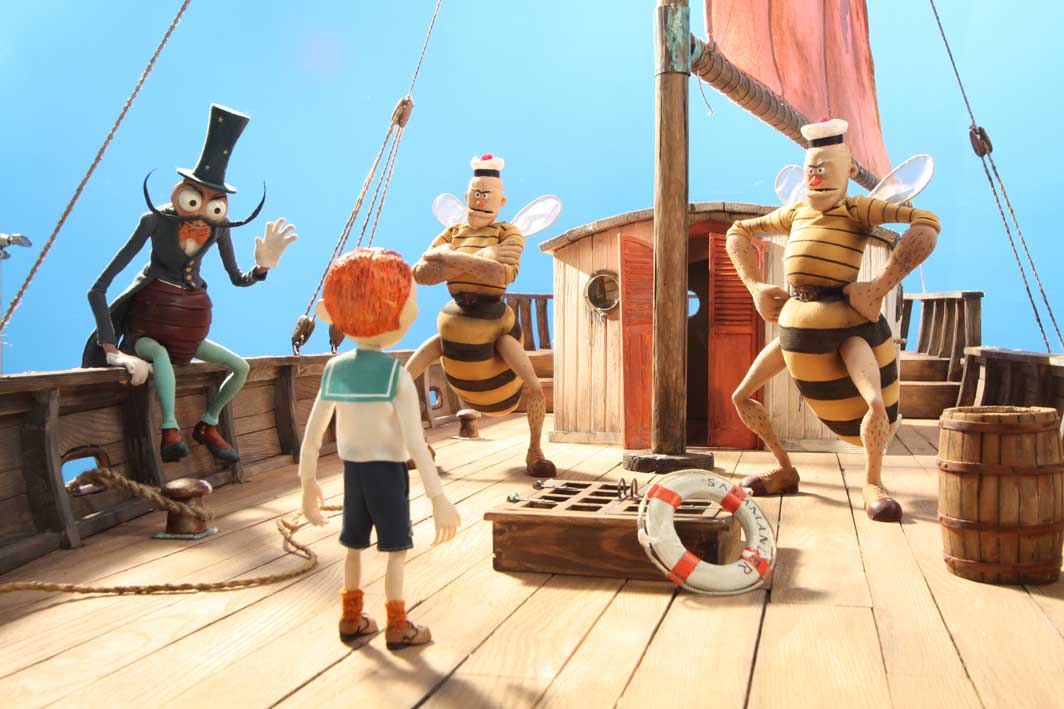 In 2015 the animation budget for the Estonian Film Institute stood at 760’000 euros. Due to the time it takes to create animations, the grants for animation from the EFI usually lasts for two years.  New animations funded in 2015 will be allocated Phase II of the grants in 2016.

Ülo ​​Pikkov’s puppet film Empty Space (Tühi ruum) was allocated 65,457 euros. The film is an ingenious combination of documentary film and stop-motion animation as it tells the story of rare 70-year-old doll furniture created by Leonhard Lina. Lina was an officer for the Estonian State and - between the years 1944 and 1954 - created the furniture for his daughter while under the threat of capture and imprisonment. The film is based on interviews with his daughter and sees Pikkov expand the boundaries of the genre. With the film using real life as a contact point – as Pikkov began to do with his previous films Body Memory and Tik-Tak – Empty Space is as much a documentary film as an animated work which is a fresh idea within the context of Estonian animation.

Mirjam’s Homeless Dog (Mirjami kodutu koer) - the eleventh episode of a series based on the popular ‘Mirjam’ children’s stories – received 40,000 euros. The film is directed by Andres Tenusaar and talks about the need for closeness and loyalty whether it be a lost puppy looking for its owner or a grumpy chicken suffering from jealousy. Began in 2003, the planned length for the series is 13 episodes. Episodes in the series have had interest from across the world with films shown in cinemas and on European television. However three more episodes need to be made for wider syndication of the show. Interest has already been shown in the full series by buyers from Nordic, South American and Irish TV Channels.

Continued support goes to the Estonian and Irish full-length puppet feature film Morten On The Ship of Fools which received 300,000 euros. The film – directed by Kaspar Jancis and Riho Unt – has a budget of 4,4 million euros of which support from the Estonian Film Institute between 2014 and 2016 totals 800’000 euros. The story is based on the popular children’s book by Kaspar Jancis and tells the tale of 7-year-old Morten Viks who – with the help of an insect wizard – ends up on a toy ship. It’s an allegorical adventure film designed to appeal to children and adults alike and is the most awaited family film of 2016.

Projects supported from Eesti Joonisfilm were the new films from Kristjan Holm and Martin Klemet alongside continued support for Priit Tender’s film Bird Flu (Linnugripp) that began production in 2014.

Kristjan Holm’s Full House (Täis maja) received 160,000 euros. The third film of the ‘House’ trilogy (which contains Little House and Big House) continues to explore the relationship between people and space bringing the ideas onto a more global level.

Inspired by the legend of Dracula, Martin Klemet’s Fatcula received 140,000 euros. The Gothic classic is turned into a satire of modern body obsession where – in a world of candy colours – fitness instructors and plastic surgeons fight over clients, vampires do liposuction instead of bloodsucking, small dumbells act in the same way as a crucifix or garlic, tanning salon beds replace coffins to sleep in and small pieces of fat are used to sate hunger. The film cleverly plays with the idea of heroes and anti-heroes.

Priit Tender received 32,543 euros (with total EFI support at 124,000 euros) for Bird Flu (Linnugripp) which began production in 2014. Tender’s playful biblical allegory is based on the myth of the Fall from Paradise and tells the tale of a Snake Woman and a Bird Man who fall in love. It’s an allegory that calls for caution but is also a touching story with original characters and an echo of nature films that should resonate amongst a wide audience.

Rao Heidmets was given 60,000 euros to support the film Life Before Life. The film tells the story of - literally - life before life or life after life, depending on your point of view and the fact that life is a never ending circle. Heidmets film sees the director continue to use his trademark tricks and novel techniques. The prototypes for this film are insects – on whose life cycle the film’s concepts are based – and uses disciplines drawn from nature documentaries, puppetry drawing and digital filmmaking.

A Film was allocated 130,000 euros for the Estonian-Irish co-production The Overcoat (Sinel). The 30-minute animated film is directed by Hugh O'Connor and Meelis Arulepp, has a total budget of 487,000 euros and is based on the story of the same name written by Nikolai Gogol. This Christmas movie has direct references to modern day values where your looks and clothes determine your social status, where doing honest but monotonous work isn’t popular and bureaucracy justifies bureaucracy. With the current climate of distrust surrounding Russia, it’s refreshing to step away from that and deal with a classic of Russian literature. Aimed at a wide audience it’s hoped that the film will become a children’s Christmas classic.

The BOP Animation was allocated 5,000 euros to develop stories in series of Old Man cartoons. It’s a very popular and simple cartoon about an old man living in the countryside that uses slapstick and recognition of an old-fashioned way of life that resonates amongst Estonian audiences.

The Estonian Film Institute’s Head of Production Piret Tibbo-Hudgins emphasized that the projects were innovative, clever and helped broaden the genre of animation. It was also good to see that our animation and animators can find partners, funding and distribution opportunities outside of Estonia.